Angkor National Museum (Khmer: សារះមន្ទីរជាតិអង្ករ) was an fantastic experience. The museum was opened in November 2007, and its freshly painted, shopping mall-like feel contrasts with the thousands-year-old artefacts contained within it. A visit is a comfortable, air-con alternative to visiting the temples themselves, and a nice educational supplement to the history…

The Angkor National Museum in Siem Reap we believe is an absolute must and one of the most interesting of all the Siem Reap attractions, particularly for any archaeological enthusiasts or those with a special interest in the Angkor Temples. With what are acclaimed as being the most incredible ancient religious monuments of any in the world simply a few kilometers away, it’s not surprising that the excellent historical artefacts on display within this 20,000 square meter museum will captivate both enthusiasts and your casual visitor alike. Although visitors will find the Angkor Temples in a remarkably well preserved state despite their ancient existence, over the years they have faced inevitable continual decay, but the benefit of this has been that historians, architects and archaeologists alike have been able to use these remnants to continue research into the

Angkor Civilization and display these findings along with the remnants themselves here at the museum.
The Museum houses 8 galleries, all of which combine to give an impressive array of artefacts which date back to the earliest civilisations of Angkor. Remnants from the great temples themselves, statues as well as artefacts which depict scenes in history concerning war, religion, and all manner of social customs throughout the evolution of the unique Khmer civilization can be found.

How much does a visit cost?

For tourists the price of a single visit is US 12, and for Cambodians US 3. Special discounts can be arranged for tour groups.

When should I go, and how long do I need?

Open 7 days a week from 8.30am until 6.30pm, you can anytime during these hours. We’d recommend allowing at least an hour to see all the museum.

The museum is located on the Charles de Gaulle Road (main road leading toward the Angkor Temples) just in front of Grand Raffles Hotel near the center of town.

After an explanatory film screening called Story behind the legend, you’re pointed toward the galleries: 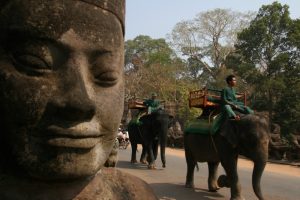 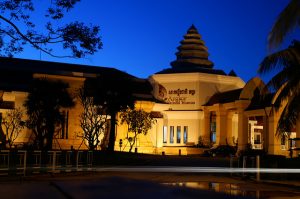 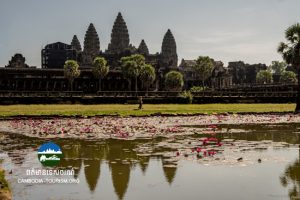 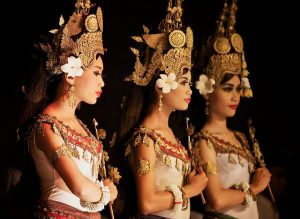 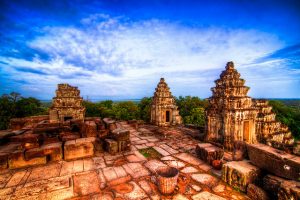 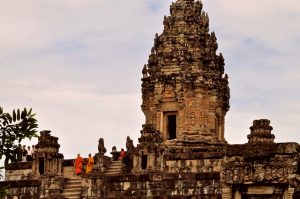