DUBAI, 3 July 2017: Emirates recently expanded its presence in Southeast Asia with the launch of a new daily service from Dubai to Phnom Penh in Cambodia, via Yangon in Myanmar.

This new service, operated with a Boeing 777 , broadens the airline’s network in Southeast Asia to 13 cities in eight countries and offers more choices and convenience to passengers travelling between Phnom Penh to Dubai and beyond. 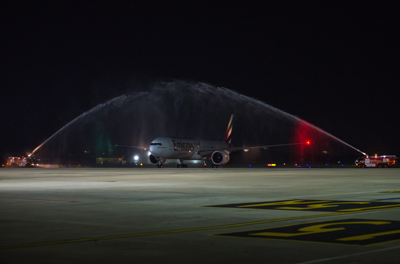 It also marks the first time since 2014 that Phnom Penh and Yangon were connected by a direct air link, serving increasing demand for travel between the two fast-developing cities.
Phnom Penh, the first destination within Cambodia to be served by Emirates, is one of the fastest growing economies in Southeast Asia

The inaugural flight took place 1 July with a number of senior executives on board, joined by a VIP delegation that included prominent business leaders as well as media from the UAE and GCC.